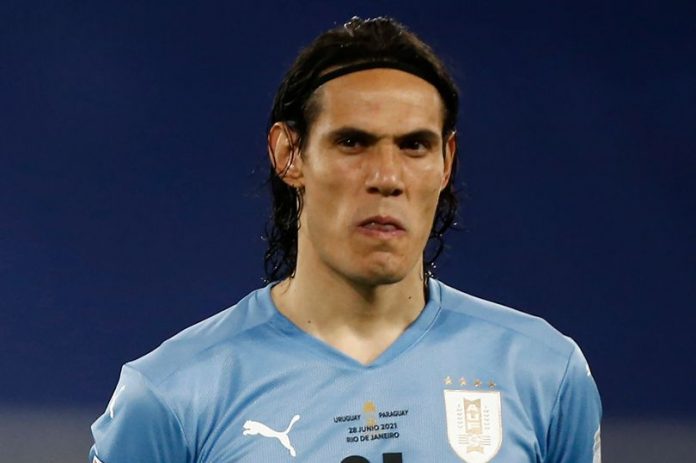 Manchester United striker Edinson Cavani has reacted to the Premier League’s announcement that players will not be released to represent their nations next month if their country is on the government’s red list.

United were facing the possibility of missing key players from their squads after the international break because of quarantine rules, but Premier League clubs have now “unanimously” moved to prevent that outcome.

The 34-year-old was due to fly out in September to play in three World Cup qualifiers for Uruguay, which is on the UK’s red list. That means the United striker would have been required to quarantine for 10 days upon his return to England.

The Premier League says that it was hoping players would be granted an exemption. But with none forthcoming, they stated they are “reluctantly” stopping their players from joining up with their national teams.

Cavani responded to the statement on his Instagram, posting a screenshot of the webpage to his story with the caption “???”, indicating his confusion at the news.

“Premier League clubs have always supported their players’ desires to represent their countries – this is a matter of pride for all concerned,” Premier League Chief Executive Richard Masters said on the decision.

“However, clubs have reluctantly but rightly come to the conclusion that it would be entirely unreasonable to release players under these new circumstances. Quarantine requirements mean that players’ welfare and fitness will be significantly impacted.

“We understand the challenges that exist in the international match calendar and remain open to workable solutions.”