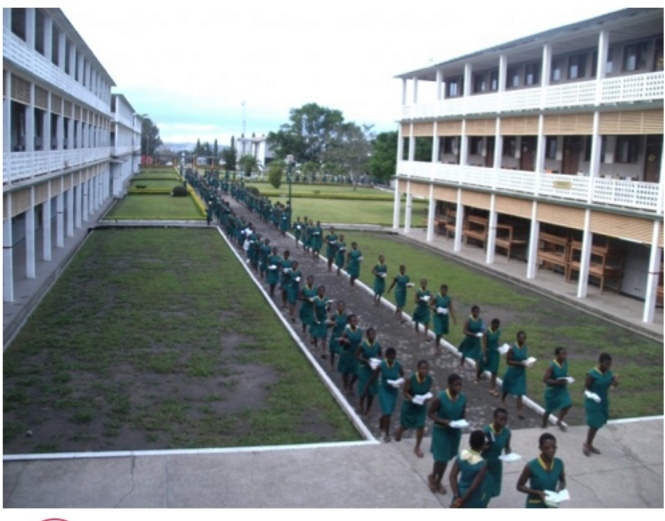 Wesley Girls High School in Cape Coast was stormed by an angry father on Monday for withdrawal of his ward from the school saying he does not understand why the school does not permit her and other moslems there to fast.

Ishmael Zakaria Alhassan, the father of Bushira Ishmael, drove from Accra to Wesley Girls to carry out his threat of withdrawing his child.

“My daughter had admission to this school this year. In fact, for over a month, we had not heard from her. We became a bit apprehensive when some news portals reported that moslems at Wesley Girls were not allowed to pray. I had a friend who teaches in the school and he debunked the story,” he explained.

He continued, “two days ago, I had a call from my daughter and she complained that they were not allowing her to fast. I know my daughter; she’s been fasting right from the primary school through to the Junior High School and so I became worried.”

According to Zakaria Alhassan, the complaint of the daughter made him decide to come to the school to withdraw her immediately.

He recounted that when she arrived at the school, the Headmistress explained why the school does not allow students to fast.

The head indicated it was not only moslem students in the School that are not allowed to fast but all students from different denominations including Christians.

But Mr. Alhassan was not still convinced. He wanted the school to allow the students to fast.

“I believe the school should reconsider their decision and make the students fast. They should even think of providing a place for the students to observe their prayers and all that.

“It is when a student has fasted and there are complications that they should think of exempting them but other than that, they should allow the girls to fast,” he insisted.

The student, Ishmael Bushira, told JoyNews she was worried when the school told her she could not fast.

She indicated she cried for hours and demanded she wanted to have an opportunity with the head over the matter.

“Later, I was there when the headmistress sent for me. She explained to me why the school cannot allow me to fast. The she clarified that it was not only moslems but Christians as well,” she said.

Bushira said the school advanced other reasons such as stomach ulcer and other complications if they fasted because of the tedious nature of the work in the school.

“My dad called me and asked whether I was fasting and I said no, I was not fasting. He said he would come to the school and withdraw me from the school if the situation still persists,” she said.

Bushira indicates has come to love the school because of the ideals and the holistic education the school provides but would wish the school changes its stance on fasting.

“I really like the school a lot; it has inspired a lot of changes in me but I wish something is done about their decision on fasting,” she said.

Thus, the headmistress put the question to the student.

Headmistress: Bushira, would you want to leave the school?

Bushira replied: I would want to stay and learn. The matter was settled; the student has chosen to be in school and not heeded to her father’s desire for her to leave.

The father of the Bushira remarked, “once the student has agreed to stay, I have no option than to allow her to stay.”