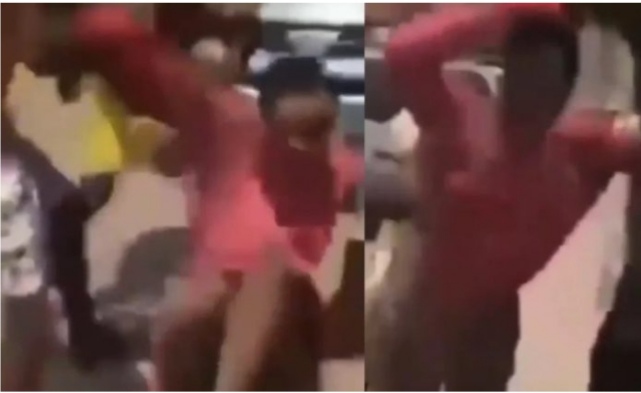 Gender inappropriate outfit was the tag on a young man who was given the beating of his life in public after stepping out with a female outfit.

The young man who identified himself as a crossdresser was spotted in a pink dress and heavily made-up face as well as a hip pad for added curves.

Unbeknownst to him, a few men had laid ambush and as he crossed the ‘border’, the mob descended on him.

The video making rounds on social media captures the moment when a group of individuals mishandled the man, stripping him naked in the process.

He was later drenched in water before being spared to proceed to his destination.

Editor’s note: In order not to violate community rules, we are unable to attach the video which depicts violence against a minority group.